MONTREAL, Oct. 30, 2017 /CNW/ - BMO unveiled on Sunday October 29, a commemorative tablet at the BMO Place d'Armes branch in Montreal, to recognize those who led the bank from 1917 to 2017. The Tablet, which immortalizes the stewards of the bank and their contributions over the past 100 years, was unveiled at a ceremony bringing together four generations of the Bank's leadership. BMO will be celebrating its bicentennial on November 3, 2017. 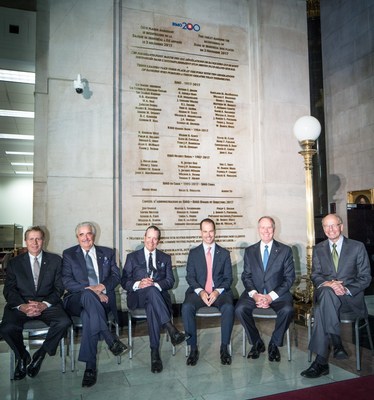